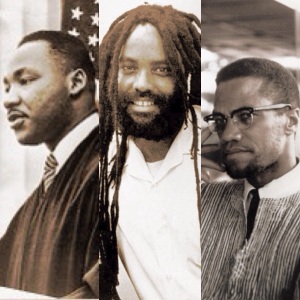 “The system used the main nonviolent themes of Martin Luther King’s life to present a strategy designed to protect its own interests – imagine the most violent nation on earth, the heir of Indian and African genocide, the only nation ever to drop an atomic bomb on a civilian population, the world’s biggest arms dealer, the country that napalmed over 10 million people in Vietnam (to “save” it from communism), the world’s biggest jailer, waving the corpse of King, calling for nonviolence!”
– Mumia Abu Jamal quoted from Live from Death Row

Watch below as U.S. protesters are removed from a Senate hearing for President Barack Obama’s nominee for C.I.A. Director, John Brennan.