Hollywood is up to its old whitewashing trickery again, casting the actress Scarlett Johansson to play a Japanese cyborg in the new Ghost in the Shell live movie. The movie, which is a live action remake of the classic Japanese anime of the same name, takes place in Japan and from the trailer it appears that most of the other characters and extras are in fact Japanese. So why the main character had to be a white woman wearing a cheap-looking black bob on her head to make her appear to look more Asian is anyone’s guess. It’s not as if there aren’t actual Japanese actresses in the world. I hear there are plenty of them in this country called Japan. But what do I know? 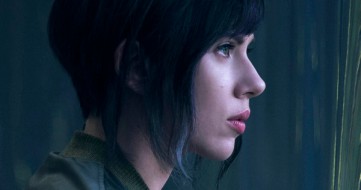 A Japanese anime series called Ghost in the Shell is getting a live action movie soon, and there has been outrage over the casting choices made by the filmmakers. Scarlett Johansson, a white woman, has been selected to play the character Major. Anime is an art form that emerged from Japan, and Ghost in the Shell is a Japanese story, as well. It would seem fitting that a Japanese actress should be cast in the role of Major, but they picked a white woman.

As if that wasn’t a bad enough example of whitewashing, it’s about to get worse. The filmmakers have announced that they will be using CGI to make Johansson look more Japanese. The internet blew up in rage, releasing photoshopped images of successful Japanese actresses in the role and releasing statements comparing it to yellow face and black face. American-Asian actress Constance Wu…