A white cop who was fired after he issued a racially-charged threat against the 5 year old daughter of a Black woman in Texas last month will not be facing any charges as a result of his actions. While it was apparently determined that the officer’s behavior was enough to merit termination, that’s little consolation for the mother of the targeted child. She is understandably quite fearful that the fired officer will seek to retaliate.

It was one month ago today when a mother in the state of Texas signed on to her Facebook account and was shocked to be find a threatening message had been left under a picture she’d posted of her five year old daughter. The message, written by a random white man she’d never before seen or heard of named Rodney Lee Wilson, came just two days after Alton Sterling was brutally executed by police in Baton Rouge and one day after Philando Castile was shot to death by a cop in Falcon Heights. In an apparent reference to Black Lives Matter, Wilson wrote of the young girl, 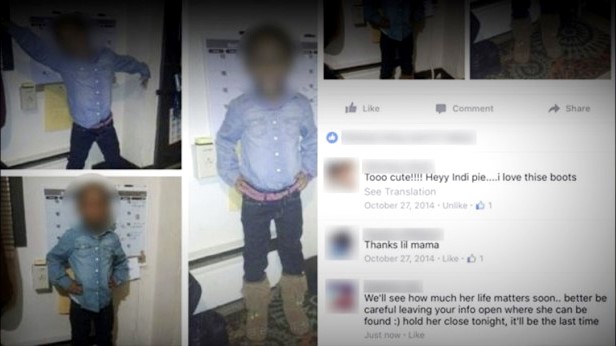 “We’ll see how much her life matters soon. Better be careful leaving your info open where she can be found (-: Hold her close tonight. It’ll be the last time.”

As it turned out, Rodney Lee Wilson was a police officer of the Overland Park police force in Kansas, 500 miles away from where the mother and daughter he was threatening were located.

On July 8, less than a day after Officer Wilson left his cryptic message, he was promptly terminated by the Overland police department. The mother whose child was threatened is understandably still worried however. “How do I know he won’t come and retaliate,” she asked. “How do I know that? I don’t.” While the Overland police dept. is perhaps deserving of some tepid praise for responding to their officer’s psychopathic behavior so quickly (seriously, an officer in the state of Alabama kept his job after being recorded hatching a plot to kill a Black man he had a grudge against along with plans to cover it up by claiming “self-defense”), it’s a bit baffling why Wilson will not be facing any legal repercussions. After all, ordinary citizens have said far less threatening things about cops in a very generalized way on their own personal social media accounts and had the book thrown at them because of it. People are regularly arrested (with bail set as high as $25,000) for sharing their righteous indignation against police officers on social media after cops are acquitted or, more often than not, never charged in the first place for engaging in abuse and murder of ordinary civilians. Is it too much to ask that police be held to the same standards that everyone else are being held to, including “free speech” standards? The fact that they aren’t just proves once again that in the eyes of the law, police lives matter much, much more than others.