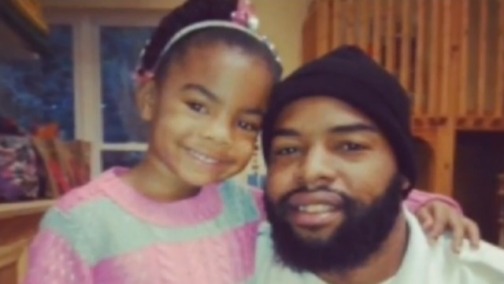 America’s Gestapo police force can’t seem to go a single day without unleashing a vicious attack on somebody new. On Wednesday it was a father and his 6 year-old daughter who both came under bullet fire by a police officer in Jacksonville, Florida. Jacksonville police officer J.C. Garcia fired on Brian Dennison and his daughter because he says he thought Dennison was holding “a small handgun”. However, as is so often the case, the man the cop shot at was completely unarmed.

Dennison appears to have been slightly speeding because he was attempting to rush home when his daughter started having an asthma attack. He wanted to get her home where presumably her medicine was. When the cop pulled them over, Mr. Dennison exited the vehicle with his hands up to show the cop he was unarmed. He also tried explaining to the cop the emergency situation with his daughter’s asthma. He also tried comforting his daughter whose apparent asthma attack was only getting worse. After Dennison took his young girl in his arms, the police officer fired on them. Fortunately the gunshot did not hit the father or his daughter, but it’s apparent that the officer will not be held accountable in any way. In fact, it was Dennison who was arrested and taken to jail in the end because his license was suspended.

UPDATE: On the very same day this shooting occurred, a Jacksonville officer named Cecil Grant shot and killed 33 year-old Leonardo Little during a traffic stop over an expired tag.