*UPDATE: As has been widely reported by now, the St. Louis man who police shot on August 19th was Kajieme Powell. Video recorded by a witness at the time shows that the police version of events doesn’t match up with what happened in reality. It is not at all entirely clear whether Powell was actually carrying a knife at all. Regardless, what is entirely clear is that he was not wielding the supposed knife in an “overhanded” way as police previously said. From the moment they arrived on the scene the officers acted erratically, guns drawn and ready to shoot as they stepped onto the pavement. Within 15 seconds of their arrival, Powell’s body fell dead to the ground from a barrage of bullets. In an even further sign of disrespect, the two officers proceeded to handcuff their victim’s corpse as he lay lifelessly on the ground. The graphic and disturbing footage is below:

There are some reports that Powell was someone who was mentally ill, but Gregg Levine expresses a more unique possibility in an incredible opinion piece appearing on Al Jazeera titled “Shoplifting in St. Louis? What was Kajieme Powell thinking?“

“St. Louis Police Chief Sam Dotson says the man was wielding a knife and essentially begged for police to shoot and kill him.”

As of yet the name of the 23 year-old man has not been made public, nor has there been any evidence revealed to suggest the man was actually “wielding a knife” and “[begging] for police to [shoot] and kill him.” Also, according to what was reported on HLN in the clip below, police are saying the man “was acting agitated as they approached him” before “clutching his knife and was telling police officers to shoot him, shoot him now.” Police are almost always more than happy to oblige this request, whether it’s made or not.

Meanwhile a total of 78 people were arrested last night, 75 of them for “failure to disperse” as they were protesting. Yet there are no signs of an arrest for Mike Brown’s executioner, Darren Wilson, who shot Brown a total of six times and left his body lying cold in the street for almost five hours. 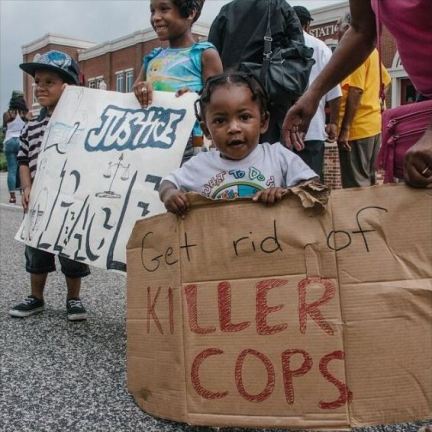 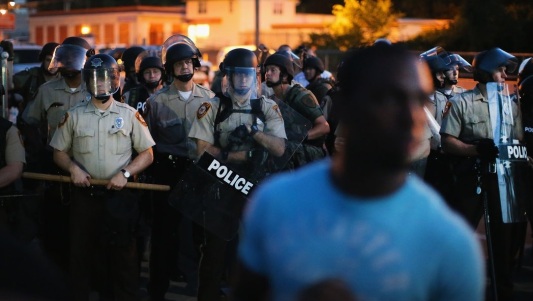 Correction: An earlier version of this post reported that another man was shot and killed by police in Ferguson, as opposed to near Ferguson. Though only a few miles from the spot Officer Darren Wilson shot and killed Michael Brown, the spot police executed this second man is part of St. Louis geographically.