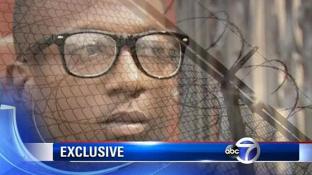 Kalief Browder was just sixteen years-old on the night of May 14, 2010 when, as he was walking home from a party in the Bronx, police officers stopped him and placed him in handcuffs. The reason for this, he was told, was that a man (who he’d never actually seen before in his life) had accused him of stealing. Despite the fact that the New York police searched Browder and couldn’t find anything on him, they refused to let him go in peace, amending their previous accusation to insist that the alleged robbery occurred weeks earlier. And so, with nothing other than a stranger’s baseless accusation, young Kalief Browder was arrested, taken to jail and charged with “second degree robbery.” His bail was set at a ridiculously high sum of $10,000, an amount his family tried to come up with but was unsuccessful. Once it became apparent that his bond would not be paid, authorities transferred Browder to the notoriously brutal Rikers Island Jail without ever having set a date for him to be tried.

While he was at Rikers, Browder was regularly “physically assaulted and beaten” by the corrections staff as well as other inmates, and as punishment for maintaining his innocence he was “placed in solitary confinement for more than 400 days” where those in charge attempted to starve him by refusing him up to 4 meals at a time. They also would not allow him to complete his high school education, even though he would have been working toward his high school graduation had he not been so heartlessly locked behind bars. He spent many sorrowful nights crying his self to sleep, eventually leading him to try and take his own life on more than one occasion. The reality of being trapped in a living hell on earth all the while being at the mercy of the monsters employed at the Rikers Island Corrections Facility would certainly drive most people to such a point of despair. What’s worse is that he had no way of knowing when, if ever, he was going to be released and allowed to return to his family. I did not mince words when I referred to the security staff as “monsters”, for what else would you call people who respond to inmate suicide attempts by assaulting and beating them even further as a way of “punishing” them?

It wasn’t until January of this year that Browder was offered a so-called “plea deal” which would have required him to plead guilty to a crime he knew he did not commit, in exchange for his release from jail. This would have essentially incriminated him for all his life while simultaneously allowing the prosecutors to cover their tracks. Making an already difficult choice even more difficult was the fact that by pleading “not guilty” he risked having to spend an additional fifteen years behind bars. Browder, however, said he would not plead guilty for something he did not do, and with that decision the doors were once again shut on him and his future. Fortunately, after finally gaining access to a lawyer, Browder was released from Rikers Island in June of 2013. Now 20 years of age, he’s spent the last three years of his life behind bars without ever even having a conviction. No one involved in the torment of this young man – be it the accuser, the New York police department, the Bronx District Attorney, the case prosecutor, and or the Department of Corrections – has ever even sought to offer Kalief Browder as much as an apology for the persecution they wrought on him. Now they all have a lawsuit on their hands, and if there were any justice in the world all of their coffers would run dry as they try hopelessly to defend what is truly indefensible.

Bronx resident Kalief Browder was walking home from a party when he was abruptly arrested by New York City police officers on May 14, 2010. A complete stranger said Browder had robbed him a few weeks earlier and, consequently, changed the 16-year-old’s life forever.

Browder was imprisoned for three years before the charges were dropped in June 2013, according to a WABC-TV Eyewitness News investigation.

At the time of the teen’s arrest, Browder’s family was unable to pay the $10,000 bail. He was placed in the infamously violent Rikers Island correctional facility, where he remained until earlier this year.

Now that he’s free, the young man is speaking up about his experience.

-I spent three New Year’s in there, three birthdays…,- Browder, now 20, said in a recent interview with WABC, adding that he…