In yet the latest display of Mississippi Jim Crow racism, death row inmate William Jerome Manning is set to be executed by lethal injection in the state of Mississippi TONIGHT at 6 p.m.! This, in spite of requests to halt the execution so that modern forensics can be used to determine whether there is even any physical evidence linking him to the crime. The original evidence used to determine his guilt in 1994, according to the FBI who originally presented the analysis, “included statements that exceeded the limits of science and was, therefore, invalid.” Based on an assertion they now admit was completely unscientific, they had “determined” that a single strand of hair present in the murder victims’ vehicle “belonged to an African American”, enough to convince the racist court to conclude that Willie Manning was responsible for the crime. Will we witness tonight the next in a long line of brutal lynchings and Black genocide in the United States, or will there be a last minute miracle?! In the meantime there are some numbers below for you to call to try and make that miracle happen!

From Campaign to End the Death Penalty:

As of midnight, Willie Manning’s attorneys have not received any word
from the governor or in response to their latest court appeal.

If you’re in the Jackson area, please join me on the Capitol Street side
of the Governor’s Mansion from 9 – 10 AM Tuesday. I’ll have 2 or 3 signs,
including

We all need to be Sure of innocence or guilt. Test the DNA and hair !

You could also call the office of Attorney General Jim Hood – 601-359-3680
to ask him to ask the governor for a stay so the FBI can test the DNA and hair.

If there is no stay and the execution is going ahead at 6 PM,
please participate at one of these events, or hold your own
at a state office or church in your community. Vigils will be held at

Please spread the word and participate however you can.

Willie Jerome Manning, 44, was convicted and sentenced to die by lethal injection for the shooting deaths of two Mississippi State University students.

In letters last week to state officials, the Federal Bureau of Investigation and U.S. Department of Justice said an FBI examiner had overstated conclusions about a hair found in Miller’s car by suggesting that it came from an African American.

Manning is black and the two victims, Tiffany Miller, 22, and Jon Steckler, 19, were white. The hair sample was the only physical evidence linking Manning to the crime scene.

“We have determined that the microscopic hair comparison analysis testimony or laboratory report presented in this case included statements that exceeded the limits of science and was, therefore, invalid,” federal authorities said.

Manning’s lawyers have asked the Mississippi Supreme Court to halt his lethal injection in light of the revelations, and the Mississippi Innocence Project filed a lawsuit to preserve the hair and other evidence for DNA testing even if Manning is executed. 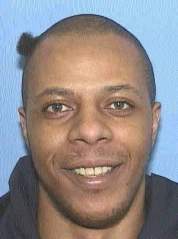 A Ghost of Mississippi: The Willie Manning Capital Case